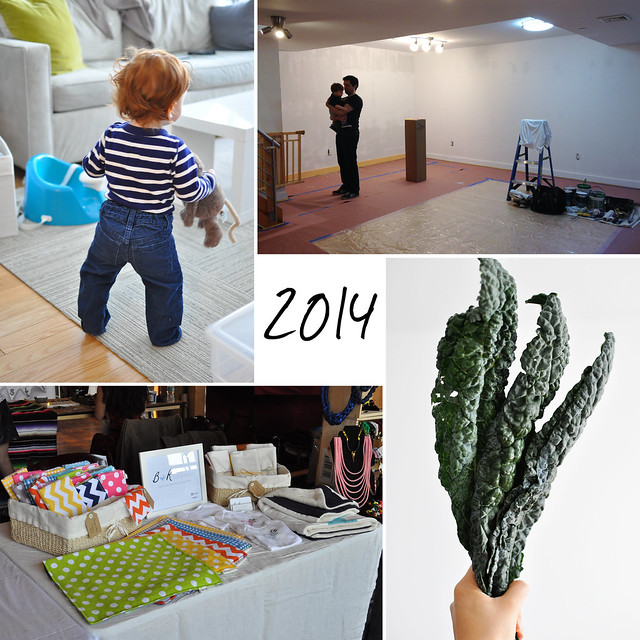 2014 was a big year for our little family. A couple weeks in, our baby officially became a toddler, which brought a whole new set of challenges and joys to our experience as parents. A few months later we bought our first home and moved from a neighborhood that we’d known and loved for nearly seven years to one about which we felt positive but uncertain. There was a lot of work to be done during those first couple months in our new place and an adjustment period as we settled in and explored the neighborhood. I also attended my second market as a vendor with my Babywares, completed my largest custom order to date, and then decided to set B&R on the back burner for a while. As the summer wound down, I finally made the long-considered decision to close one chapter and begin writing a new one when I launched this blog. It was a year of many changes, lots of kicking up dirt and waiting for the dust to settle.

As we go into 2015, we know we have a lot ahead of us again—some big decisions, potential changes—but our footing feels stable. We’ve fallen in love with our neighborhood, there is artwork on the walls of our home, and our sweet little boy will soon turn two.

In the spirit of reflecting and looking ahead, I’ve been thinking lately about a few things that I’d like to do or start doing again in the coming year. Most of these things have been on my “list” for a while now, and I’ve no doubt they’ll require a bit of extra thought and planning, but I’m hoping that the calendar reset can be a springboard for me. And since I know that I’ll need to work towards these things, I’m thinking of them more as goals than resolutions. It’s all about progress.

So that’s my short list for 2015. Do you have any goals or resolutions for the coming year?