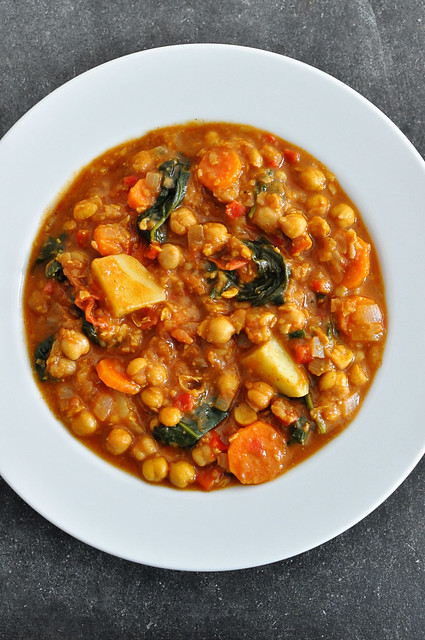 But I also had some other things I needed to use up, like a pepper from our CSA, some carrots, and a couple potatoes. So I decided to adapt—nay, expand!—the original recipe. By the time Chris texted me back over an hour later, I was able to breezily respond that dinner was already on the stove. 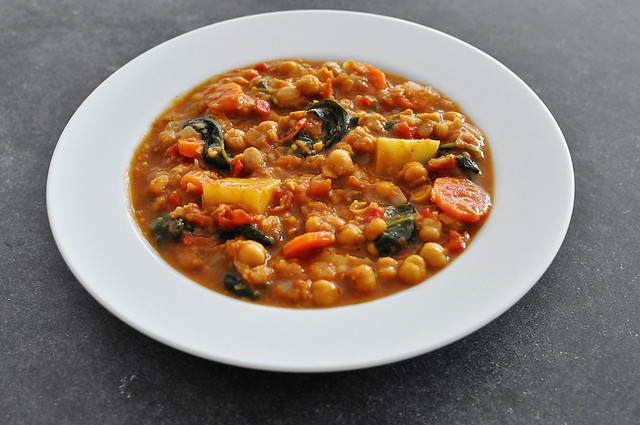 The original recipe may have been pretty decent, but this version is downright delicious. The cinnamon and cumin play beautifully together, and the addition of fresh ginger and turmeric really takes it up a notch. And though adapted from a soup, this one is most decidedly a stew, made thick and hearty with carrot coins and creamy chunks of potato. It has seriously claimed a spot as one of our all-time favorites.

The second time I made this stew, I set it on the stove to simmer before we left for a long walk. It was a chilly fall evening, just beginning to grow dark. By the time we arrived home, we were all ready for something warm and filling. I ladled the stew over small mounds of quinoa (which, in case any of you were wondering, is the single messiest food you can give a toddler) and we ate, two bowls each.

Looking back, I am so glad I had nothing planned for dinner that night. If I had, I may never have created this recipe—one that I’m already planning to make at least once a month from here on through the end of the winter. 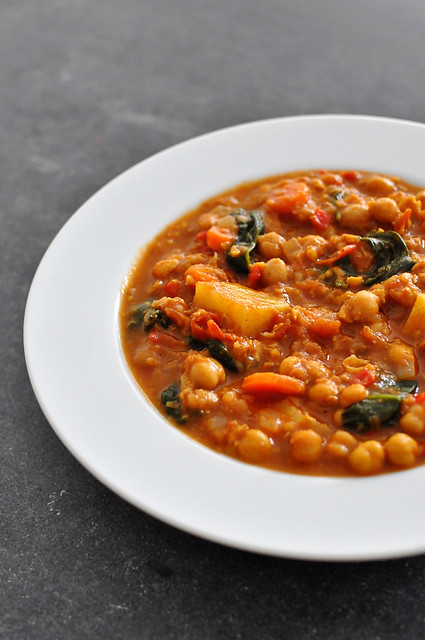 This hearty stew is flavorful and aromatic. Don't be scared by the amount of cinnamon called for--it seems like a lot for a savory dish and smells really potent just after it's added, but evens out and melds with the cumin as it simmers. While great on its own, I like to serve this stew over quinoa; millet or couscous* would be nice as well.
Yield: 4-6 servings
Ingredients
Instructions
Notes
*Couscous is traditionally made from semolina and is not gluten-free. Some companies do make gluten-free couscous from grains like brown rice or corn. If you would like to serve this over couscous, but need it to be GF, make sure to look specifically for a gluten-free variety.

**As an alternative to water sautéing the vegetables, you can sauté in oil if you prefer. Use a slightly lower cooking temperature and choose an oil suitable for high-heat cooking, like coconut or grapeseed.
3.2.2807

« Pumpkin Spice Cake with Vanilla Buttercream
Snacks on a Plane (and other vegan, toddler-friendly food tips for travel) »