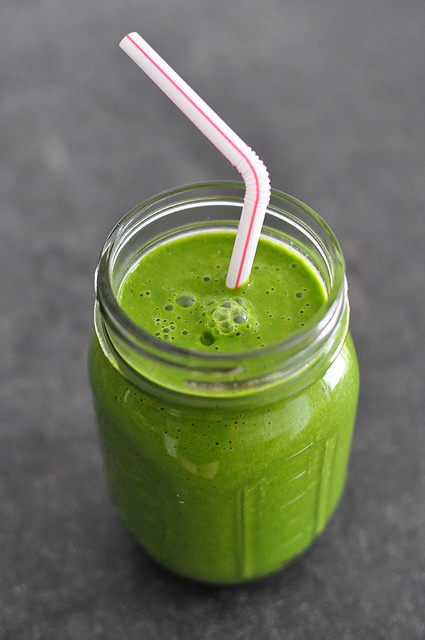 In April of this year, Chris and I bought our first home. We weren’t super well-acquainted with the neighborhood before we moved, but we were very excited that we would be living just one block away from a big park. We were even more excited when we learned that there is a greenmarket in the park every weekend and that the neighborhood CSA program’s pickup location is right next to that market.

Veggie-lovin’ jackpot! Before we even started packing boxes, I made sure we were signed up for the CSA.

We’d participated in our old neighborhood’s CSA a few times, and we loved the spirit of it as well as receiving a huge haul of organic produce every week, but our relationship with that CSA was a bit love/hate. The pick up location was more than a mile and half away without convenient subway access. While a 35-minute walk may not be such a huge deal, the 35-minute walk home loaded down with pounds upon pounds of produce in the middle of August was another story. It also didn’t help that the route passed through a pretty sketchy industrial area. Our solution to this problem was to rent a Zipcar each week to retrieve our share, which felt indulgent and totally negated the financial benefits of CSA participation.

A five-minute walk through the park to snag our veggies alongside a greenmarket sounded like heaven. 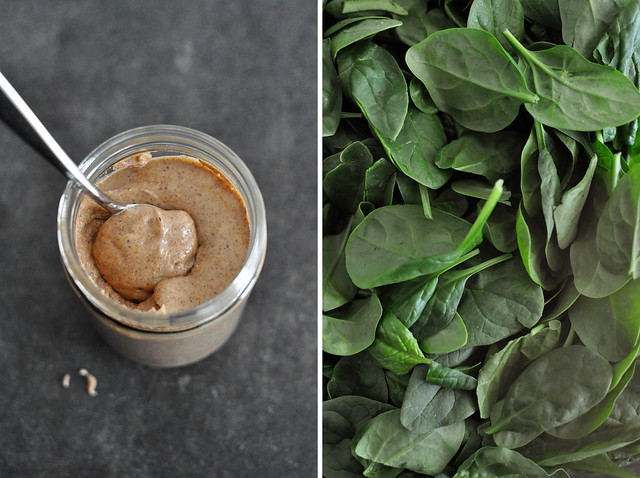 And it has been great! Those Saturday morning strolls feel sweet. We cruise through the greenmarket, stopping for a moment so that Roman can listen to the guitarist near the entrance and show everyone his awesome dance moves. Sometimes we grab lunch from Body and Soul, the vegan bakery stand with a nice gluten-free selection. Then we pop over and pick up our CSA share.

As anyone who’s ever participated in a CSA knows, the amount of produce you receive can be somewhat overwhelming. It took me a while to get back into the swing of using up all of our goodies (I totally forgot about freezing by the way! Next year I will definitely be freezing the things I know I can’t get around to.) but we’ve gotten into a good rhythm with the vegetables. I even used up all of our zucchini last week! The fruit has been a little trickier, though.

We usually receive two different kinds of fruit and will often get a lot of one of them. Early on we’d get quarts of blueberries. This was never a problem since they were sweet and wonderful; I’d eat a heaping cupful with breakfast every day and was sad when they stopped coming. Then, for a few weeks, we were getting dozens of little yellow plums. I dutifully ate as many of them as I could stomach before I’d had enough of wincing through the bitterness of their skins. Lately, we’ve been getting tons of little donut peaches. 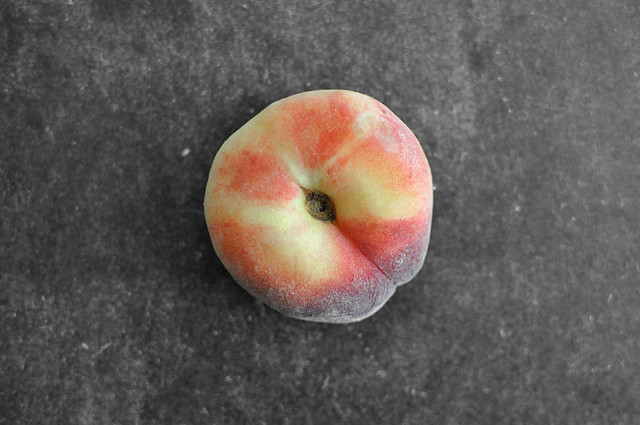 I was so excited for peaches this summer but refrained from buying them from the market stands in the hopes that our CSA would come through. Still, after all my pining, I started to get a little peached-out after eating only, I don’t know, sixteen or so of those donut peaches out of hand (not all in one sitting, but still, uff-da). I was determined, however, that they wouldn’t wind up in the compost heap next to those yellow plums, so I took the easy way out. Into the blender they went!

Which brings us to this: my green smoothie of the moment, the product of too many CSA donut peaches, a recently-developed obsession with mango, and a long-standing addiction to greens. The addition of a little banana and a spoonful of almond butter make it creamy-dreamy. Chris noted that it doesn’t really taste strongly of any particular ingredient but packs a lot of flavor nonetheless.  He went on to suggest that I should open a smoothie shop.  Maybe one day.  Until then, we can all start whipping up some of these peachy greens. 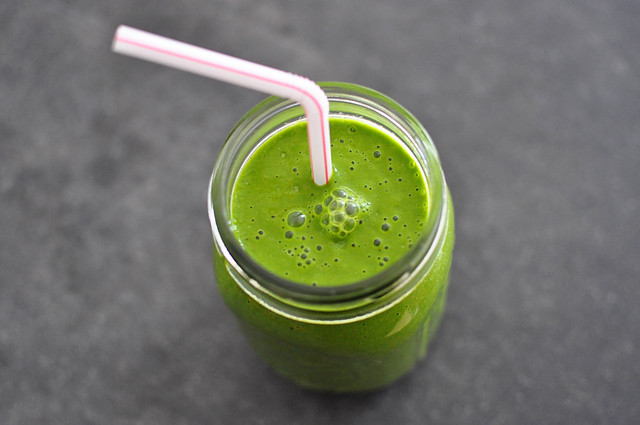 This smoothie manages to be sweet and creamy while still packing a respectable amount of greens into each serving. If your fruit is a little overripe, even better, and if you can manage to freeze it beforehand your smoothie will be more luxurious for it.
Yield: 2 smoothies
Ingredients
Instructions
Notes
*If you don't have a particularly powerful blender, use an additional cup of spinach in place of the kale.

Nut-Free Option: Use ¼ cup of hemp seeds instead of the almond butter.
3.2.2807
« A New Leaf
Homemade Almond Butter »