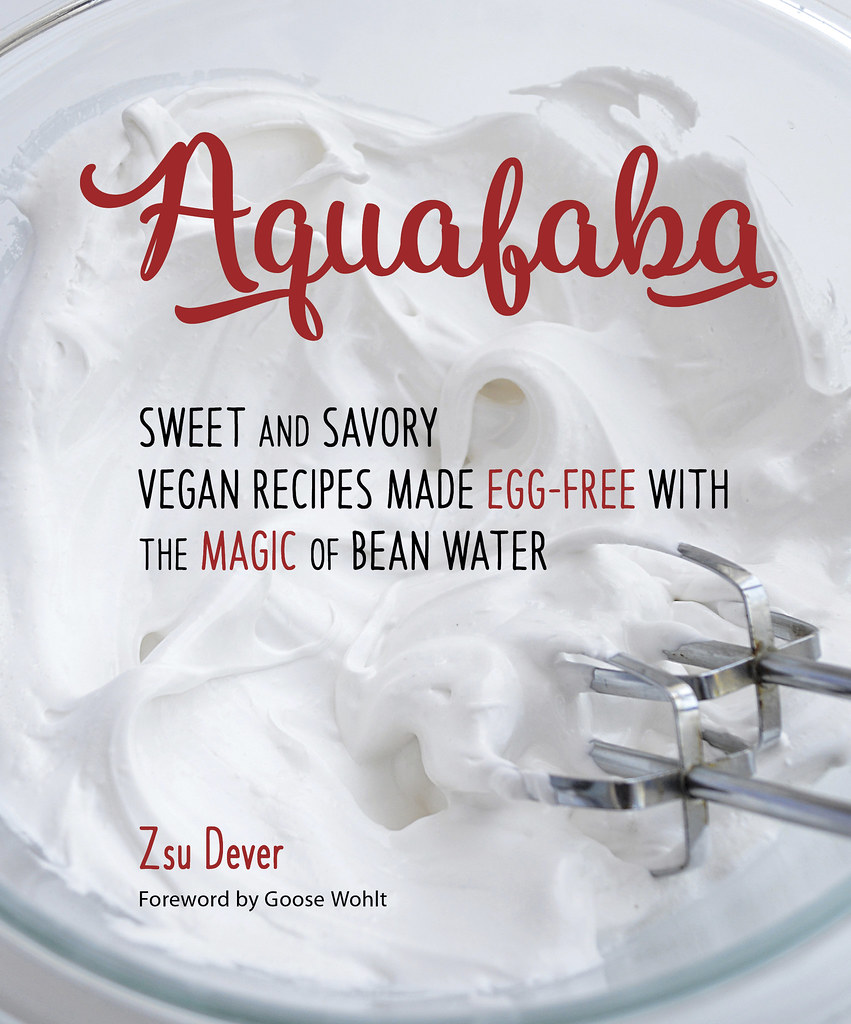 Well what if I said aquafaba instead? Naturally this would be accompanied by an intense, piercing gaze and a completely over-the-top, arm-waving flourish of the hands. Because aquafaba is magic. And the magician of the moment is Zsu Dever.

Not to reveal the magician’s secret, but aquafaba is, in fact, bean water. Don’t for a second think that that humble detail makes it any less wonderful, though. In case you haven’t heard, aquafaba—the water leftover from cooking beans or the liquid that comes alongside them in a can—has some remarkable properties.

Once considered a waste product to be unceremoniously dumped down the drain, it’s gained much press and praise recently for its ability to function as a cheap and cruelty-free binder and emulsifier in vegan recipes. It’s perhaps best known for being whippable into fluffy, shiny white peaks that can then be baked into meringues and used to craft things like marshmallows and gorgeous French macarons. In Zsu Dever’s new book, Aquafaba: Sweet and Savory Vegan Recipes Made Egg-Free with the Magic of Bean Water, she pushes the boundaries and exploits the versatility of this newly popular ingredient. Her creations run the gamut from desserts to condiments to hearty mains, and many are gluten, soy, and/or nut-free, or provide alternate instructions for making them so. There are doughnuts and waffles, meatballs and schnitzel, cookies and ice cream, and a whole chapter loaded with ideas for using up all those leftover beans when you’re done playing with the water you cooked them in.

Dever admits that aquafaba is something we don’t yet fully understand, and her book feels less like a definitive guide and more like a brave, pioneering exploration and an invitation to play. That’s not to say, however, that this innovative cookbook is lacking in know-how! Zsu has done her due diligence, and provides many tips and tricks to obtaining the most potent, effective aquafaba, as well as dos and don’ts for making sure your recipes yield the desired result. 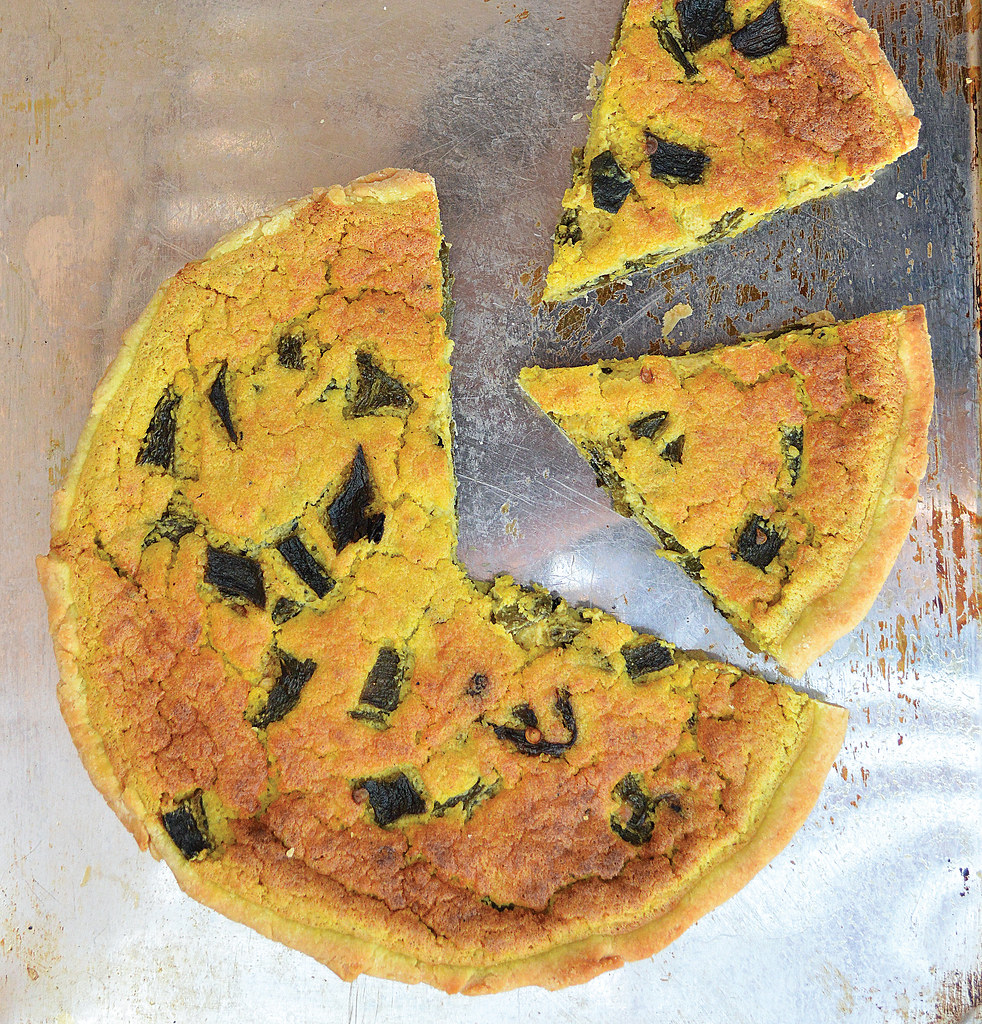 Prior to receiving this book, I’d played around with aquafaba briefly once or twice. They’d been sweet applications, though, so I decided to tackle and share a savory one here. The Chile Relleno Quiche looked intriguing and the filling is both gluten and soy-free. I have family members with soy allergies/sensitivities, and so many vegan quiche recipes utilize tofu, so it was great to see a soy-free version!

Between roasting the peppers and whipping the aquafaba, it was admittedly a bit of work to bring this together. I also used aquafaba from canned chickpeas, which, unlike that from home-cooked chickpeas, Dever recommends reducing before using, so I had an extra step there as well. The result, however, was really nice—yielding a fluffy, creamy filling with a picante punch from the poblanos. The second night we had it, we sprinkled a little Kite Hill cheese over the top to cut the heat a smidge and it was great. If you want to give this faba-ulous (sorry, I couldn’t help myself!) quiche a try for yourself, Vegan Heritage Press has given me permission to share the recipe with you. Not only that, but they’re offering one lucky reader a copy of this beautiful book!  The giveaway is now closed.

4.6 from 5 reviews
Chile Relleno Quiche
Print
This creamy, delicious quiche offers all the flavors of an excellent chiles relleno. Most poblanos are relatively mild, but if you don’t want any heat, substitute 2 large green bell peppers instead. Or, if you like more heat, add a few roasted jalapeños to the mix. (from Aquafaba, copyright © 2016 by Zsu Dever. Used by permission.)
Yield: 1 9-inch Quiche
Ingredients
Instructions
Notes
Although aquafaba is best if homemade using the recipe provided in the book, you can use aquafaba from canned chickpeas. Use the organic, low-sodium, canned chickpeas and strain off the liquid into a measuring cup using a fine mesh strainer. Note the amount of liquid you acquired, then add it to a medium saucepan and bring to a boil. Reduce to a simmer and cook until the liquid reduces by ⅓. Cool the aquafaba completely before using.
3.4.3177

Now that I have Zsu Dever’s Aquafaba on my bookshelf, I’m going to have to retrain myself to drain my beans over a bowl. I’ll certainly have no shortage of uses for that magical water and am so excited to play.

P.S. For additional sneak peek recipes and more chances to win your own copy, make sure to swing by the other stops on the Aquafaba blog tour.