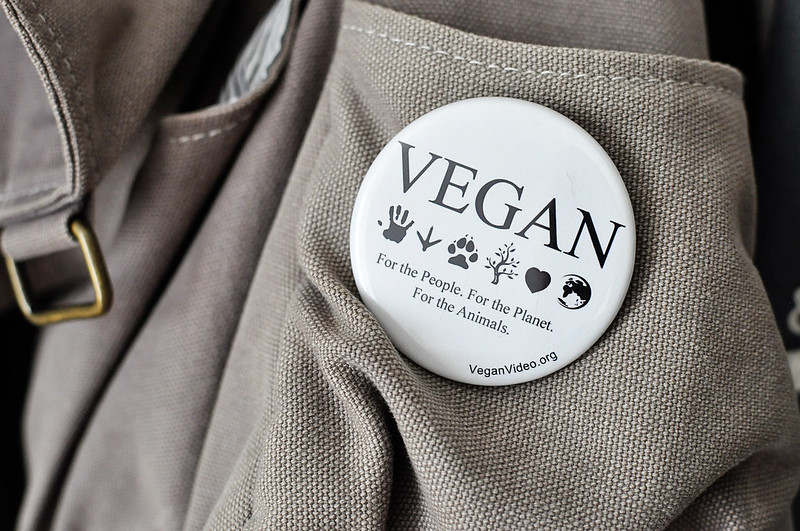 For many people, going vegan can feel daunting. It’s a major lifestyle and ideological shift. On top of this, veganism also tends to be brought up in discussion with a whole bunch of other unrelated dietary and philosophical considerations that, when piled together, make it seem utterly impossible or like something you’ll never be good enough at so why even bother? Well, the good news is there are a whole bunch of things that you don’t need to do to go vegan, and only one thing that you do. From the many, I’ve chosen ten things that you don’t need to bother with or can cut yourself a break on. Last week, I shared the first five. You’ll find numbers 6 through 10 below, as well as the one simple thing that you should focus on when making the switch. Life is complicated, but living compassionately doesn’t have to be.

6. …lose 50 pounds and start running ultramarathons.
You can’t swing a bunch of kale without hitting a vegan who has lost a ton of weight, experienced amazing health benefits, or become a world class ultra-athlete in the wake of adopting a plant-based lifestyle. It’s true that, on average, vegans and vegetarians have lower body weights than meat-eaters, and eating a whole foods, plant-based diet can offer some pretty incredible health benefits in the treatment and prevention of things like heart disease, diabetes, and even cancer. It’s also not entirely uncommon for people, when adopting a nutrient-dense vegan diet, to experience a surge of energy that will lead them to take up various athletic pursuits, or to experience such a massive improvement in their performance and recovery times that they decide to take their existing endeavors to the next level.

It’s possible that these things may happen for you as well, but you may also find that you’re perfectly happy as a non-marathoner. Luckily, undergoing a massive personal transformation and becoming a physical specimen are not prerequisites to living a more compassionate lifestyle. 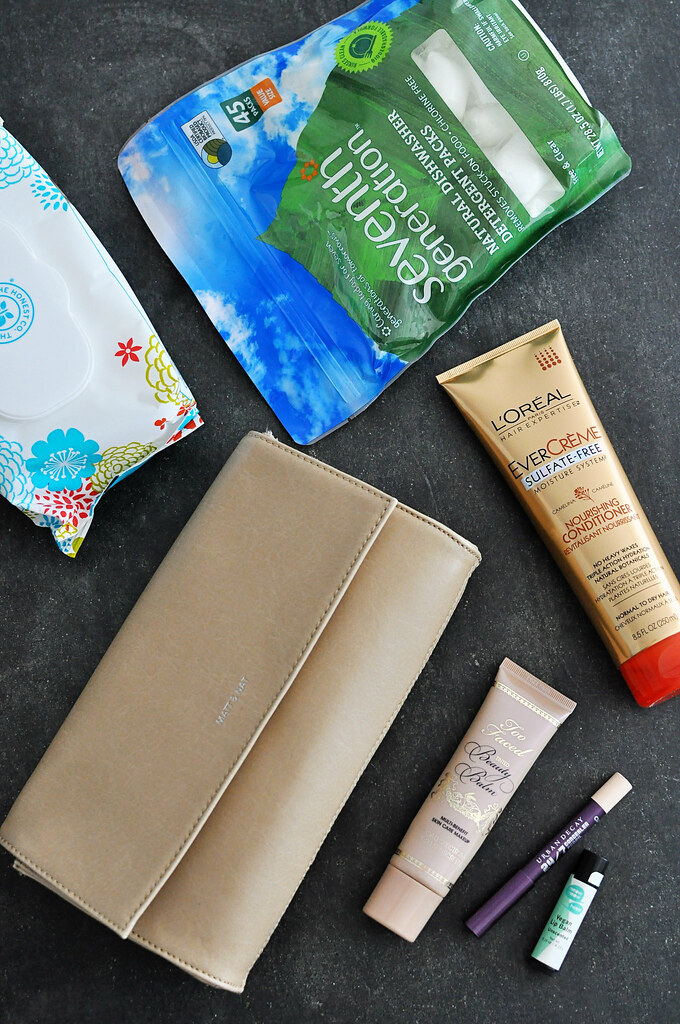 7. …empty your closet, throw out your makeup, and Craigslist your sofa.
There is more to living vegan than what’s on your plate. Vegans also aim to avoid clothing and accessories made from animal materials (leather, silk, down, fur, wool) and opt for personal products and household items that weren’t subject to animal testing and don’t contain animal-derived ingredients. A big ol’ leather sectional would be an obvious no-go.

But what if there’s already a leather sectional sitting in your living room and then you decide to go vegan? You probably also have a pair (or several) of leather shoes in the closet, maybe a wool peacoat, down comforter, silk ties, leather handbags…. Not to mention what’s in your shower and medicine cabinet. So, do you have to wait to claim your newfound morals until you’ve scrubbed your home of every last ethically questionable item?

If you have the financial resources and feel the pressing urge, by all means, donate/sell what you can and go shopping for replacements. For some people, though, fully-realizing this aspect of a vegan lifestyle can take time. If you still feel comfortable wearing the shoes that you already own, it’s perfectly acceptable to continue wearing them until you’re in the market for a new pair. The same is true for your cosmetics, personal care and household products, other clothing, and furniture items. The purchase has already been made and continuing to own and use these things won’t directly perpetuate demand for such products. Replace bigger or more expensive items as you’re able, and the next time you go to buy a fresh bottle of shampoo or a new sweater, make sure to research, read labels, and choose something that is cruelty-free.

8. …throw red paint on people wearing fur.
This isn’t really something that happens these days, but it has happened and so it’s become a sort of misunderstood symbol of what it means to be an animal rights activist. Just because you go vegan, because you’ve become aware of what’s happening to animals and choose to no longer participate, does not mean that you have to take up signs and protest the circus, pin a “F*ck Fur” button to your lapel, or lay naked on a city sidewalk, covered in blood, and wrapped in plastic like piece of meat. You don’t have to become an activist—in these ways or any other.

As Sherry Colb astutely points out in her book Mind If I Order the Cheeseburger, being vegan is actually a form of inaction. It is a decision to not participate in practices that cause unnecessary harm to other sentient beings. The husband or wife who doesn’t beat their spouse is not an activist against domestic abuse; that person simply doesn’t choose to exercise violence against their partner. Deciding to stop purchasing products or endorsing activities that exploit non-human animals is a decision to stop participating in violence. That might be enough for you, and that’s a huge step up from the alternative.

Don’t be surprised, however, if you find yourself wanting to do more, to take some sort of action. Contrary to a lot of public opinion, being an activist doesn’t mean being angry, confrontational, or destructive (though methods that fall in these categories can have their place). Your form of activism might be starting a blog, leafleting, giving educational talks, appealing to political and corporate leaders for change, or creating a product, brand, or service.

You can be vegan without being an activist, and you’ll help to decrease the demand for animal products with your consumer choices alone. If simply living vegan is where you feel comfortable, that is a valid and admirable place to exist, especially when the larger culture is currently at odds with these values. Don’t let the activist label and advocacy methods that aren’t your style scare you away from going vegan. Additionally, don’t let it keep you from doing more. By helping others to see what you see, you can create even larger positive change in the world. 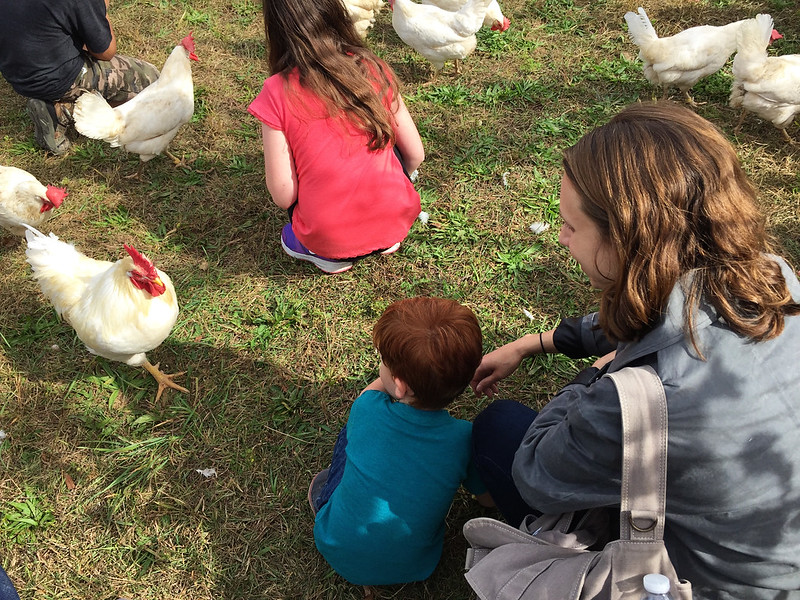 9. …love animals.
Many people go vegan because they love animals. Some of these people live with cats whom they allow to sleep on their faces, dogs who kiss them on the mouth, they snuggle cows, chill with chickens, and get right down into the hay to scratch the bellies of pigs. Of course these people would be vegan. But what if you’re just not an animal person?

Just like you don’t need to love (or even particularly like) children to know that they shouldn’t be treated in certain horrible ways, you don’t have to get the warm-and-fuzzies over every last critter to understand that we shouldn’t cause them harm. It’s not about getting to a place where you want to kiss a turkey, it’s about getting to a place where you understand that the things for which we use and abuse animals (food, fashion, entertainment) are either unnecessary or have cruelty-free alternatives. It’s about recognizing that you have the choice to participate in and fund practices that cause pain and suffering, or not.

As Farm Sanctuary’s Gene Baur says, “If we can live well without causing unnecessary harm, why wouldn’t we?”

10. …be perfect.
Many non-vegans love to point out that it is impossible to live a life in which you are able to completely avoid causing harm or using any product that is in some way derived from animals. Unless you wear a mask over your face to avoid inhaling the errant fly and sweep the ground in front of you so as to never accidentally crush an ant, you’re likely to inadvertently harm some tiny being at some point without ever realizing it. Also, things like bicycle tires, plastics, and adhesives can contain or use animal-derived ingredients in their production. The vast, vast majority of us—even vegans—utilize something in our day-to-day lives that has caused some small, unfortunate measure of harm.

In addition to the messiness of the world we live in, as humans, we’re bound to make mistakes. Maybe you’ll pick up a package of soy cheese only to realize halfway through that it contains casein. Or maybe your well-meaning aunt will bake you a vegan cake, and, just as you’re picking up your fifth bite, she’ll ask, “Eggs are vegan, right?” Perhaps you’ll find to your great dismay that the fur trim on your coat, explicitly labeled as faux, was actually taken from a dog.

Life happens. We’re imperfect beings and we live in an imperfect world. But just because you can’t single-handedly eliminate or avoid all harms, doesn’t mean you should throw your hands up and participate. It is currently impossible to live as a man in this world without benefiting from male privilege, to be white without benefiting from white privilege. That does not mean that we surrender to these things, stop striving to be better people, and stop working to create a better world.

The definition of veganism according to The Vegan Society is “a way of living which seeks to exclude, as far as is possible and practicable, all forms of exploitation of, and cruelty to, animals for food, clothing or any other purpose.” By making an effort to live in accordance with this philosophy to the very best of our imperfect abilities, we can help to make this world a kinder, safer, more compassionate place for all beings. “

Don’t do nothing because you can’t do everything. Do something. Anything.” –Colleen Patrick Goudreau 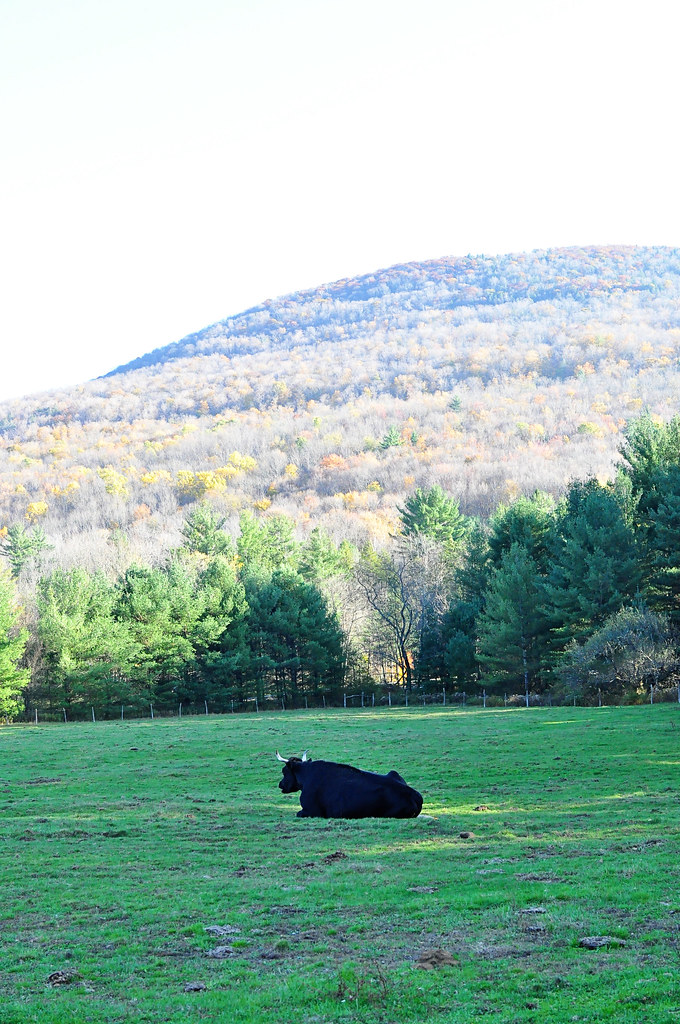 Number 10 is a natural segue into the one and only thing you have to do to go vegan. Are you ready for it? The one thing you must do if you want to be vegan is…

…have a desire to avoid causing harm in the world and do the very best you can to practice that in your life.

That’s it. It’s really pretty simple, isn’t it? When you set that as your intention, deciding what to eat, wear, and buy becomes so much easier. Ask yourself: Will making this choice cause or support harm that I could otherwise avoid? If the answer is yes, choose a different option.

That’s not to say that there may not be difficulties in figuring out what those other options are, especially at first, and that’s also not to say that it may not at times be inconvenient, or that you’ll ever be perfect, but life is a series of choices. The baseline ethic of not wanting to cause, participate in, or fund unnecessary suffering is already within nearly all of us. Veganism is about putting that ethic into practice and making choices that are in alignment with our values. It’s something that we can all work toward embodying more fully every single day.

“To know even one life has breathed easier because you have lived, this is to have succeeded.”
–Ralph Waldo Emerson

« 10 Things You Don’t Need to Do to Go Vegan…and One Thing You Do — Part 1
Baconish by Leinana Two Moons: Book Review & Giveaway »