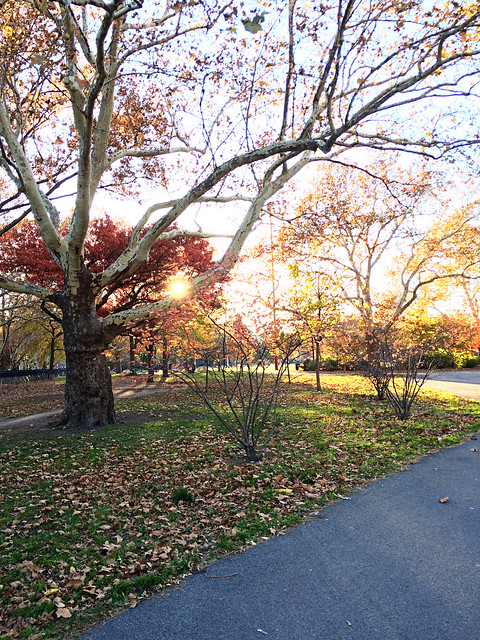 Lots of good reads this week, guys!  I had a hard time narrowing them down.  Hope you all had a great weekend and enjoy!

Cinnamon Raisin Bites
These are so simple but so good. I think I made mine a bit smaller, so I wound up with 18 total. They’re a great, energy-dense afternoon snack and super kid-friendly. The first we had them, Roman gobbled up four of them in less than five minutes!

Orthorexia Isn’t Healthful; Neither Is The Standard American Diet
I really appreciated this article. There has been a lot of buzz in the health community recently about orthorexia, and it’s a valid, concerning issue, as much as any other disordered eating pattern. Most of the discussions that I’ve seen around orthorexia, however, tend to teeter on the edge of demonizing healthful eating altogether.

As we’re learning more and more about food’s ability to affect our health both positively and negatively, people are choosing to do away with not just the obvious things like chips, cookies, and soda, but even processed “health” foods, oils, and natural sweeteners. Some would caution that strict avoidance of the occasional drizzle of olive oil, sprinkling of Daiya, or vegan cupcake could be an indicator of orthorexic behavior. And maybe for some, when coupled with psychological distress and a decline in health, it is.  But for many these days, avoidance of these things, along with the inclusion of an abundance of healthful whole foods, is simply an effort to feel great and nourish their bodies well.

You don’t have to indulge yourself regularly, occasionally, or ever to have a positive, healthful relationship with food. I know I personally find the most joy in what I’m eating during the periods when I’m not eating dessert, processed foods, or greasy takeout, and the most indulgent thing I might have is a banana slathered with peanut butter. To quote the author of this article, “There is a world of difference between someone who inherently fears and mistrusts food to the point where they jeopardize their health and someone who is well-informed and aware of what they put into their body.”  Amen.

Big Mayo Wants You to Know There’s Only One Way to Make Mayo, Dammit
Guys! Have you seen all the hullabaloo around Unilever (who owns Hellman’s) filing suit against newbie, eco-conscious company Hampton Creek for their awesome plant-based product Just Mayo? If you have, then you already know what’s up. If you haven’t (and either way, really), this is one of the better articles about the whole ridiculous affair, complete with a taste test. And you know what the kicker to this whole thing is? Apparently Unilever isn’t just a big ol’ bully, but a hypocrite as well.

Why Calories Are Important (But Not In The Way You Think)
This piece illustrates one of the many reasons that I absolutely love eating a whole foods, plant-based diet–you consume more quantity for fewer calories!  Related but not mentioned in the article: it is also possible that what you eat can trump the whole calories-in/calories-out thing anyway. I’ve read accounts of people who followed very specific, experimental diets (all-potato and high-fruit/very low fat being two examples), and either met or exceeded their caloric needs every day yet still lost weight.  T. Colin Campbell also discusses in the The China Study how populations eating certain high-carbohydrate, plant-based diets have been found to have lower body weights, despite consuming more calories than needed to maintain their weight. Interesting stuff.

Salt-Water Fish Extinction Seen By 2048
A lot of people can get on board with being vegetarian, many are even able to see the harm in consuming eggs and dairy, yet I have seen those same people struggle with the question: “What about fish?” Let’s leave the ethics out of it for a second, the health consequences as well. The consumption of seafood is destroying our oceans. There is no sustainable way for humanity to maintain this habit. Once we’ve effectively cleared out the oceans, that’s it.  There’s no going back.

Caloric Restriction vs. Plant-Based Diets
IGF-1 is a hormone known to play a role in the promotion of cancer. It has been shown that consuming animal protein is one way to increase the production of this hormone. Some studies indicate that body composition and caloric intake can affect this hormone as well; namely, more body fat and more calories equals more IGF-1. This quick video compares the effects of a plant-based diet to these others factors.

A Prescription for a Plant-Based Diet Can Help Reverse Diabetes
Last week I linked to a meta-analysis demonstrating that a plant-based diet can be helpful in the treatment and prevention of diabetes.  In this article, Dr. Neal Barnard, who co-authored this meta-analysis, gives an accessible overview of their findings.