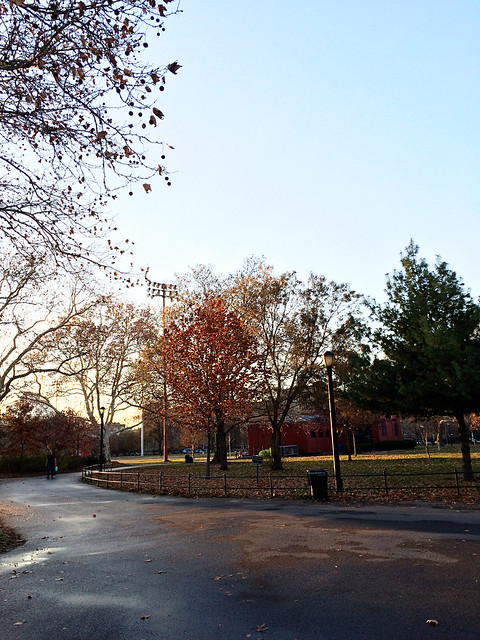 This Thanksgiving will be my fourth as a vegan.  When I look back over my journey, the past three Thanksgivings have become like mile markers along the path.  There’s something about this particular holiday, more than any other date, that I remember very clearly and specifically in relationship to my veganism.  I imagine it has to do with its primary focus being a large meal, the centerpiece of which is a dead turkey.

On my first, I had been eating a plant-based diet for less than two months.  I was doing it for a number of personal health reasons and because of the incredible information that I’d discovered about the diet’s many benefits.  I felt amazing and, for the first time in my life, was losing weight without having to think about it.  I remember explaining to my sister-in-law’s then boyfriend (now fiancé), whom we were meeting for the first time, that it wasn’t “a thing,” though—i.e. “I’m not one of those vegans, I’m just not eating animal products right now.” I remember how important this disclaimer was to me, a fact that makes me cringe today.

Dinner was mostly an ordinary experience. I brought a couple of dishes to ensure that I had enough to eat. The meat on the table wasn’t appealing, but I also didn’t have any issues with its presence. I felt a little like the odd man out, but, with a few years of eating gluten-free under my belt, the feeling was fleeting.

The following year I was still eating a plant-based diet for my health, but I had become vegan for the animals as well—and so had Chris. I was also pregnant and barely showing at 7 months. I remember that the smell of the turkey as it cooked was incredibly off-putting and not at all because of my hormones. I swallowed the sadness that crept into my chest, kept the blinders on as dinner was served, and enjoyed my plate of veggies, all the while attempting to push Roman’s foot out of my ribs.

Last year, my third vegan Thanksgiving, was when things really felt different. We were a vegan family now, with values that were incredibly important to us. I felt so much anxiety in the weeks leading up to the holiday. A sense of dread filled me every time I thought about the meal—the unnecessary death that would occur to make it happen and the celebration and praise that the people we loved would bestow upon the day’s centerpiece. It hurt my heart and turned my stomach sour.

At only 10 months old, Roman would be too young to understand, but my mind kept fast-forwarding to an age at which he would. I could picture my poor little boy looking on, horrified, at the remains of an animal that he only knew as friend. Imagine any other child walking into the kitchen and seeing the stripped carcass of a dog sitting atop the stove, a familiar yet horribly mangled shape, knowing that the people in the next room were happily consuming its flesh, and you’ll understand the feeling.

I prepared a main dish, a side, and a dessert and purchased a small carton of vegan, gluten-free gravy for us. I had essentially prepared an entire meal—though decidedly not the one I would have made had we been at home. That’s the thing about bringing your food—you’re limited by dishes that are easily transported and won’t interfere with everything that the host already has going on in the kitchen.

We enjoyed our time with the family and felt so touched that Chris’ aunt divided the appetizers, cheekily labeling each group with signs that read “Vegan” and “Not Vegan”. When we sat down to dinner, though, it suddenly felt like we were engaging with everyone from behind a plate glass window. We huddled into our little corner of the table with the dishes I brought and a few of the shared veggies, transferring all the focus to our plates. Just our plates.

I remember walking into the kitchen at one point to heat something up and catching a glimpse of the turkey remains out of the corner of my eye. I reeled, feeling that near-vertigo sensation that occurs when you look into a really deep cut or at a broken limb twisted the wrong way. It was unexpected but unsurprising, a crystal clear indicator that everything had changed.

This year we’ll be spending Thanksgiving at home, and I imagine we’ll do this every year going forward as well. It’s a different kind of stressful to plan a big meal, but one that I welcome. Truth be told, I’m pretty excited about it. I’ve been planning the menu for well over a month.

And while I definitely want our first full Thanksgiving meal at home to be a showstopper, the pressure to impress is relatively low since it will only be us. The rest of the family had separate plans this year, but I hope that one day we can host a large group here. Long before we were ever vegan, I used to joke with Chris that we couldn’t stay in the city long-term because we’d never have enough space to host holiday meals, and I’ve always wanted to put out a big, well-coordinated, utterly delicious spread. Fortunately for us city-lovers, we managed to snag ourselves a home where we now have that kind of room.

It’s interesting to look back over the last three years and note how much has changed. We have a son, own a home, and are decidedly, passionately vegan.

I have so much hope that this year will mark the beginning of a long tradition of joyous, cruelty-free holidays for our family. I imagine that we’ll maintain an awareness of the unnecessary suffering that goes into many celebrations, but make an effort to counteract these things with various forms of positive activism—including sharing a delicious plant-based meal with anyone who’d like to stop by.