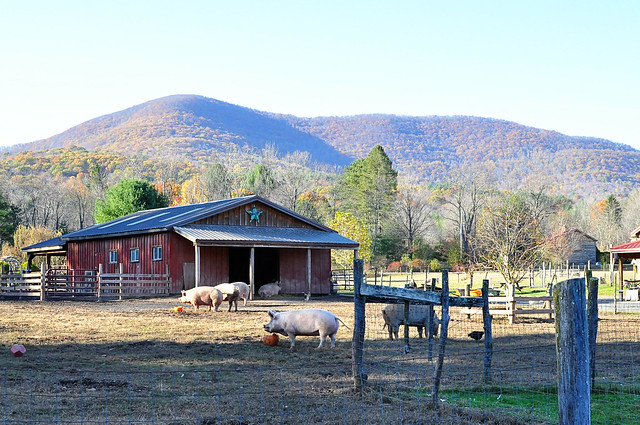 My cousins grew up on a dairy farm and I can remember the smell of cow manure seeping into the car the moment we turned down the road to their house. Even after getting out of the car at the sanctuary, and through our entire visit, at no point was I ever overwhelmed by a pungent, barnyard scent. Undoubtedly, keeping these animals in a less concentrated environment and treating them as individuals instead of commodities both play a role in this. It makes total sense, but it was something that stood out to me nonetheless. 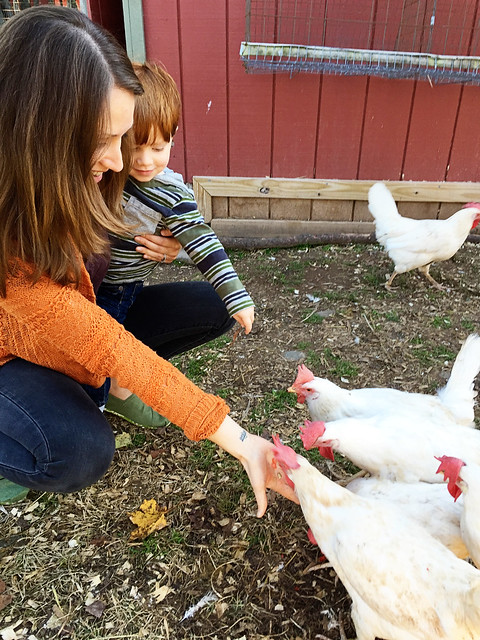 We began our tour by visiting the chickens. I thought I had a pretty good idea of what our guide would say about where they’d come from, what they’d been through, and what their fate might have been. As ethical vegans, we tend to think that we’re pretty well-informed about how commodity animals are treated and what that means.  Within the first few minutes of our tour, however, it became apparent that we would be learning several new heartbreaking things—even in spite of the fact that our guide used less graphic language out of consideration for the kiddos present. There were moments when I wished she had used the words that I knew she was avoiding so that the people who were hearing this for the first time would know. Then there were times when I would hear something for the first time, cringe, and realize that the others were probably still getting the message, even if it was being delivered in less detail.

I don’t want to confuse anyone when I use the words “getting the message.” Our guide was never dramatic, emotional, or heavy-handed, much to her credit. She stated facts honestly and plainly. I make this point because I recently saw someone reduce the information that supports ethical veganism to fear-mongering, mere scare tactics used to coerce people into a radical belief system. While it’s true that some vegans and organizations do use radical tactics to relay this information, the foundations of ethical veganism aren’t built from extreme singular events or exaggerations—they’re constructed of everyday truths. These truths are jarring and affecting and make you want to change your whole life, not because you’ve been scared into doing so, but because you know it’s right. 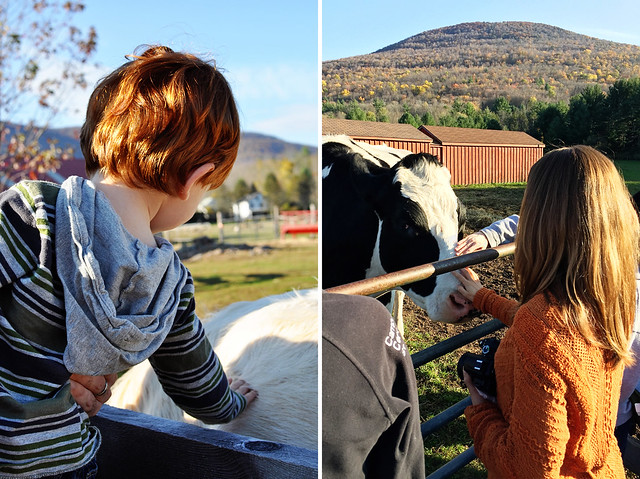 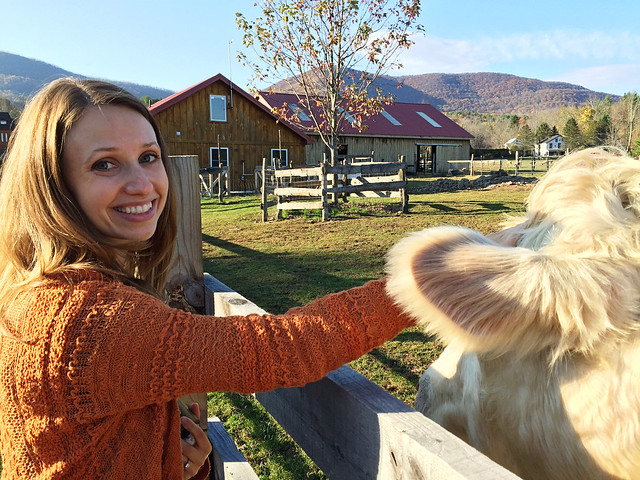 As difficult as it has ever been to learn about how commodity animals are raised, treated, and killed, whether from an article or video, it was far more poignant to be reminded of these things while looking these living, breathing animals in the eye. It really hit home for me how important it is to the vegan (human?) experience to connect with the actual animal. Many of us have spent so much time thinking about how these individuals suffer and die, that it can be easy to lose sight of the other side of the coin—seeing how they live. 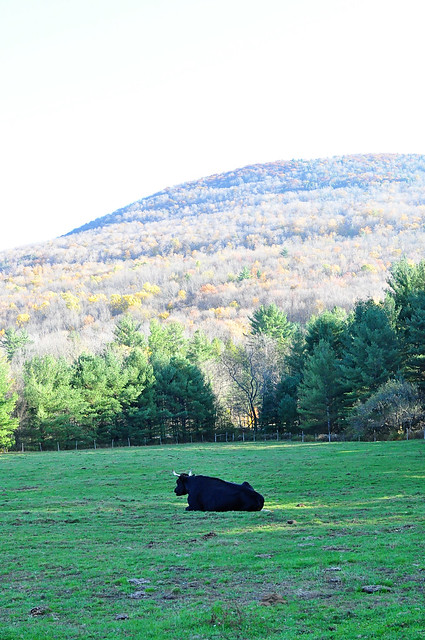 From witnessing the sad truth of how so-called “broiler” chickens, typically culled only 45 days into their 8-year lifespan, hobble around like feather-covered balloons because we’ve designed them to be too large for their own legs; to watching a handsome steer wake from an afternoon nap and meander over in search of treats, knowing that, as a rescued veal calf, his life might have ended only a few months after it began; to laughing as enormous pigs delight in the combination snack/plaything that is a fresh pumpkin—it’s hard not to be affected. A major, if not the primary, goal of veganism is to reduce suffering, but seeing and interacting with these animals, it becomes glaringly apparent that our goal is also to preserve life.

We left after our visit as card-carrying members of the sanctuary. We fully intend to make this an annual trip and will be allowing for more time next year to spend with the animals outside of the tour. Roman was too young to “get it” yet, and I imagine he will be next year as well. It’s important to us that this is part of his experience, though, and that he understands why we’re vegan—not just for the darker aspects of it, which we’ll teach him in age-appropriate ways as he grows, but for the sun-bathing chickens, the cantankerous turkeys, and the playful, grinning cows. 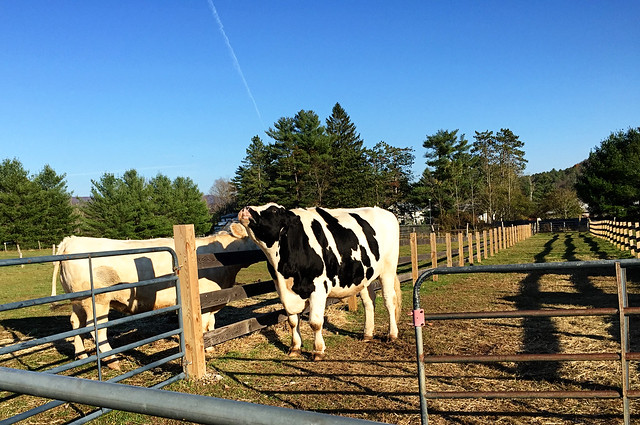 (Not even kidding. Click here for a closeup of Dylan’s goofy grin. 😉 )

I’m going to leave you with a video that I came across the other day as well as a quote.  Both of these hit at the very heart of my relationship with veganism these days.

All beings tremble before violence.  All fear death, all love life. See yourself in others. Then whom can you hurt? What harm can you do?
–Buddha