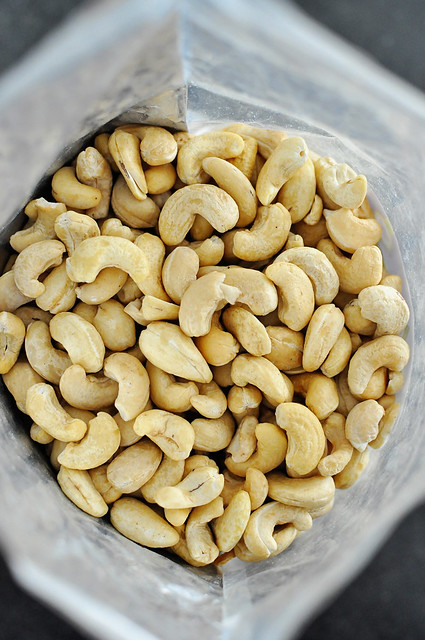 I use raw cashews in my cooking a lot. Like, a lot. Like, I just bought my third 4-lb bag of cashews since early August, which means that we go through about two pounds of cashews a month. See? A lot.

I use them to make plant milk when I need it, occasionally culturing that milk into yogurt, I use them to make creams and aioli, raw cheesecake, salad dressings, a mind-boggling variety of creamy pasta sauces and soups, and so much more. Raw cashews are one of the most versatile ingredients that exists. Period.

One of the things about using raw cashews in these ways is that, to achieve the best results, you almost always need a high-speed blender. I’ve made things for friends and family that they’ve wanted to replicate at home, and I always have to tell them that it’s probably not going to be the same. For instance, my mother-in-law loves this smooth, creamy, totally killer cashew ranch dressing that I make, but, when she tried it in the food processor at home, it came out a bit chunky and disappointing by comparison. Since cashews are the base for so many of the things I create, I’ve always felt bad that these recipes remain inaccessible to those who haven’t invested in something like a Vitamix.

I’ve had a sneaking suspicion for a while that there may be a way around this, but hadn’t actually tried it until about a week ago. The secret to making recipes that call for raw cashews when you don’t have a high-speed blender is this: 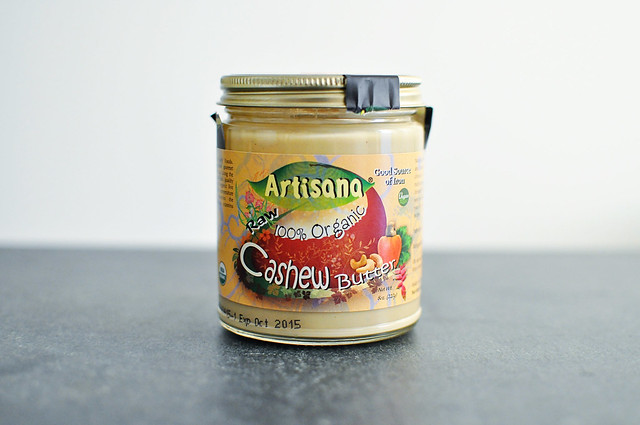 It’s so obvious, right?! I’m sure I’m not the first to come up with this, but it still feels revelatory for me. When you blend cashews into sauces and dressings with a high-speed blender, you’re just breaking them down until they’re completely smooth—which is exactly what raw cashew butter already is. You don’t need machine that operates at 240 miles per hour when that heavy lifting has been done for you.

There are, however, some downsides to using cashew butter and I want to be upfront about them. Cashew butter is messier. You should only use natural butter made exclusively from raw cashews with no other ingredients. Nut butters without additives will almost always need a good stirring prior to use, which is inconvenient and can result in an oily/gloppy mess, even when using care (I have a pair of sesame/tahini oil-stained cords that can speak to that). The sticky cashew butter will also need to be spooned into a measuring cup and scraped out, a slower and less clean process than the quick scoop’n’dump when the nuts are whole.

Raw cashew butter is also expensive. It’s not several-hundred-dollar-blender expensive, but if you find yourself making recipes with cashew butter often, it will add up. At that point, you might want to consider investing in a machine that can just process the whole nuts and do half a million other things to boot.

All that said: cashew butter—it works!

I haven’t tested it extensively yet, so I don’t know what the limitations are, if any, but I did try it in my smoky chili aioli recipe (coming soon). I figured that something on thicker side, something where cashews really make up the body of the recipe, would be most telling of how effective this substitution would be. Guys, it turned out great, just like when I make it with whole raw cashews. 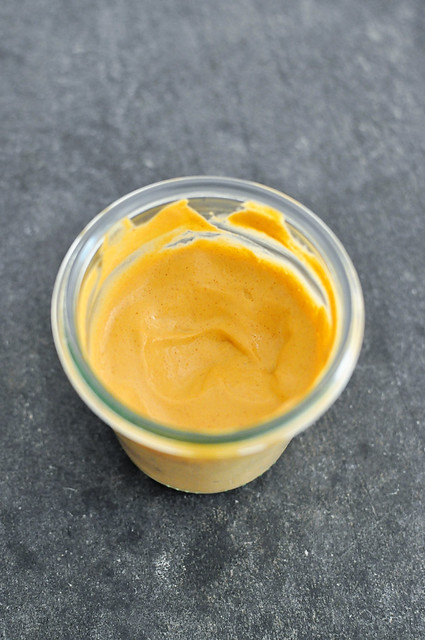 When subbing raw cashew butter, use half the measurement of whole nuts called for in the recipe. This means, if the recipe calls for one cup of whole raw cashews, you would use ½ cup of butter. Recipes that only call for liquids and powdered spices can probably just be whisked together, but if your recipe calls for raw garlic or other chunky ingredients, you’ll still want to blend or process it. Quick tip for things like cashew cream, salad dressing, or aioli where raw garlic is an ingredient: mince or finely grate the cloves before blending/processing so you don’t wind up with an accidental hunk of garlic in the finished product (this happens to me with hummus in the food processor sometimes—not fun).

Hopefully this has been helpful for those of you lamenting your inability to blitz raw cashews into a luxurious wealth of creamy delights. Going forward, I’ll make sure to add raw cashew butter as a possible substitution in my recipes containing whole raw cashews. Except for the Buffalo Chickpea Dip (just use the whole cashews for that one), I don’t think I have any on my site yet, which seems impossible. Seriously guys—two pounds a month!